T REX Dinosaur Inflatable Costume and pose like the prehistoric predator you are. This Jurassic jumpsuit totally covers your body in T. rex style while the air-filled design keeps you mobile (except for the intentionally stubby arms). The inflating fan replaces traditional costume stuffing and padding with a cushion of air, so you’ll feel as cool as you look. Practice prehistoric parkour or just run around and terrorize the neighbourhood dressed as a dinosaur! 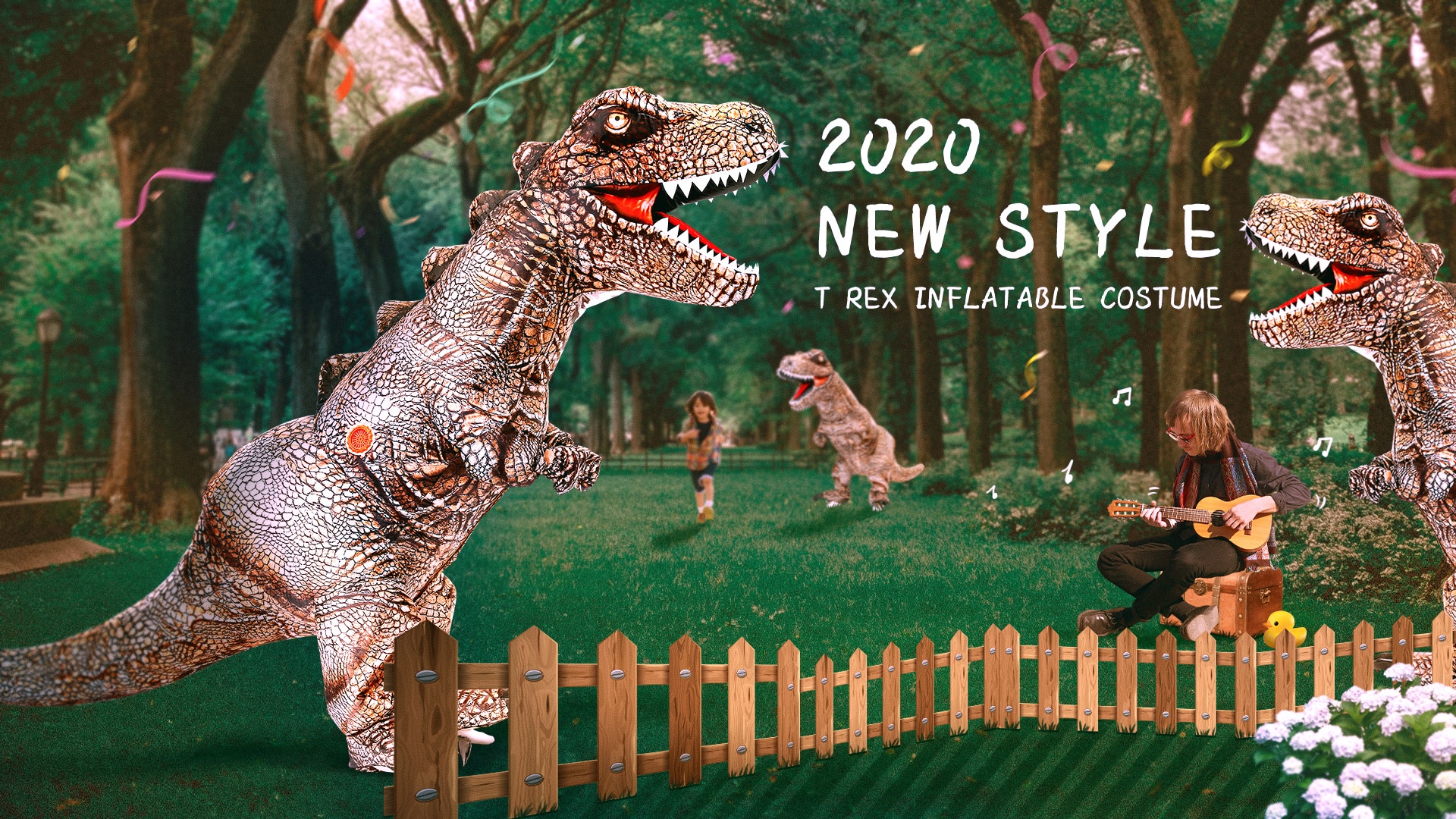